Our Vision: To empower Christian educators to have an impact on the world for Christ.

Our Mission: To produce Christian educational materials with academic excellence from a biblical worldview.

Because of our commitment to Christian education, BJU Press produces textbooks and materials that support Christian educators in the crucial role they play in teaching students. We shape each textbook according to our core values.

In Christian education, the Bible is discussed in Bible class and chapel—but how does it apply to other academic subjects? We shape each subject according to the lens of Scripture. Each discipline takes on new meaning when we apply the themes of Creation, Fall, and Redemption.

Find out more about our commitment to biblical worldview shaping.

Our educational materials are not just biblically faithful—they are also academically sound. Our materials use hands-on-learning, creative problem solving, and other research-proven instructional strategies to motivate students to take an active role in learning and to master age-appropriate material.

A complete education goes beyond facts and processes, so our textbooks direct students to think for themselves. They are encouraged to use discernment and to consider their worldview in everyday situations. Our textbooks help students to develop skills in critical thinking with inductive teaching, hands-on-learning, and probing questions.

Find out more about critical thinking and its importance to Christians.

Teachers are looking for innovative ways to engage students in learning. At BJU Press, we offer technology enhancements for teachers and students to use daily in their classrooms and on the go.

Find out more about our technology solutions. 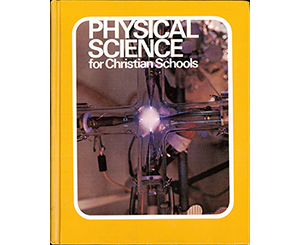 In the early 1970s it became apparent that if there were to be academically solid, biblically sound science textbooks, Christian teachers of science would have to write them. George Mulfinger and Emmett Williams, two Christian university professors, agreed and were commissioned to write a high school physical science textbook.

At that time the University Press—as BJU Press was called years ago—had been publishing a few books and booklets by theologians. The machinery—human and otherwise—producing books, booklets, and a periodical, Faith for the Family, was called upon to help prepare the science text manuscript for printing. 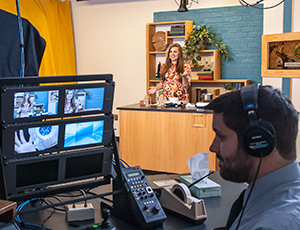 The printing staff was small—and busy. To expedite getting camera-ready pages to the outside book manufacturer on time, dozens of volunteers from the faculty and staff worked in the evenings to proofread and make corrections. After a heroic team effort, the Physical Science textbook was published in 1974—the first child in what would become a large family of materials for Christian educators. Even before that book was in print, authors had begun work on elementary science textbooks.

Over the next decade, more materials appeared, such as the elementary reading and handwriting series, and philosophy pamphlets on Christian education as well as the first media attempt, a filmstrip series on science. 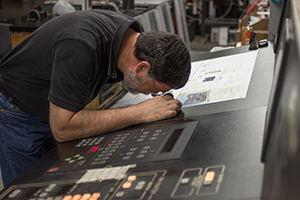 At one time, BJU Press had one textbook for sale, operated largely with volunteers, and was housed in a 6’ by 10’ room. Today, producing and promoting BJU Press textbooks, distance learning classes, and myriad other offerings involves nearly 450 employees—with many talents and skills—in several buildings and even from remote locations. All of these individuals, however, are united behind the same vision that motivated the two science professors who first set out to provide Christian students with a truly Christian perspective in their studies.