A former principal and Christian school teacher gives advice on how parents can create home environments that will contribute to their child’s academic success. 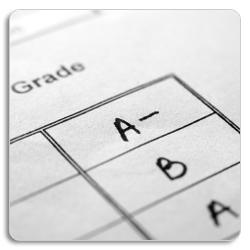 As a former Christian school principal and teacher, I was always amazed that the academically successful students were not always those with the highest ability. Even though our Christian school was using an excellent curriculum and hiring outstanding teachers, there were some students who were able to reach their full academic potential while other students, often with greater innate ability, did not.

It began to occur to me that what I was seeing was due to the influence of the parents. The academically successful students had parents who were doing things at home that made it more likely that their children would do well in school. Over the years I categorized the family influences that tended toward academic success.

Parents of academically successful children consider it their mission in life to help their children be successful (Hoover-Dempsey & Sander, 1995). For example, family vacations are not just for entertainment. The families may visit amusement parks, but they are just as likely to visit a zoo, a history museum, or a science center. While they may have their children enrolled in sports or scouting, they also make sure their children’s evenings are free to complete homework or study for tests. Children in these families have access to school supplies and other educational tools. These parents make sure their children know school attendance is important.

Children do well in school when their parents have high expectations. Parents who expect their children to succeed in school reward success. They do not accept excuses for poor behavior or laziness. When their children are not doing well in school, they do not blame the teacher. Instead, they work with the teacher and provide needed support to ensure homework is completed, attitudes remain positive, and school rules are followed.

Children who are academically successful tend to spend time with adults (Ziegler, 1983). Many of these successful children are reared in families who make a special effort to spend time together. Sometimes this takes the form of a family night where the entire family gathers to play games. Playing board games helps build vocabulary, reading, and math skills. Parents, grandparents, school teachers, Sunday school teachers, pastors, coaches, and other adults who spend time with children also provide positive role models.

Academic achievement improves when children feel safe. Parents provide that safety and security with routines and schedules for their children. Eating dinner with the entire family, having a prearranged bedtime, providing a time and place for homework, thanking God for His blessings, discussing the events of the day, modeling good manners, and supporting school rules provide the structure children need. Bedtime routines also lead to good habits for children, such as brushing teeth, saying prayers, and going to bed at the right time.

Families that have academically successful children tend to stress three main values: I am responsible for my actions; education is important for my success; and hard work pays off. When these three values are emphasized, they become a better predictor of academic success than socioeconomic status, suggesting that even parents with limited financial resources can increase the probability of their child’s academic success by encouraging these values.

Most academically successfully children have grown up in a vocabularyrich environment. Children in the company of adults who talk to them frequently have a tremendous advantage learning to read over children who hear fewer words. Children with a high listening vocabulary are more likely to remember and understand those same words when they learn to read. Parents begin this process by singing songs and telling nursery rhymes to very young children. They often explain to their baby or small child what they are doing as they work around the house. Parents of older children continue this process by conversing with their children while riding in the car before and after school, sitting around the dinner table, or getting them for bed each night (Feirling & Lewis, 1987).

Foster a Love for Reading

Children who do well in school almost always have a special relationship with books. If you are a good reader, you probably have your parents to thank for it. Research indicates that there is a high correlation between reading ability and certain factors that are strongly influenced by parents (Hart & Risley, 1995). Children who are great readers were likely read to as babies by their parents. Reading was associated with love and comfort. The children learned from their parents that books were fun, that you could "read" pictures, that words are made from letters, and that reading goes from left to right. Many of these children started kindergarten already knowing words from books they "read" with their parents. They received books for presents on their birthdays or for Christmas and have favorite authors. Going to the library is a favorite activity, and they often go once a week with their entire family. They are surrounded by books and magazines at home. They have books that fill the bookshelves in their bedrooms. And if they have a question to ask Mom or Dad, they are likely to interrupt them as they read the Bible, a novel, a magazine, a newspaper, or a website. It is hard to over emphasize the importance of books to encouraging academic success.

Academically successful children attend church with their families. Certainly we attend church for more important reasons than academic achievement. But church attendance does offer important academic benefits to children. Church is a highly structured and stable environment for children. It brings many adults into the lives of children. Church is a very verbal environment. Children sing songs, listen to adults tell Bible stories, and hear and participate in prayers. Young children who attend Sunday school from the earliest age start school already knowing how to participate in a group, get along with other children, and use paper, pencils, crayons, scissors, and glue sticks.

Weighting the Scales Toward Success

Nothing guarantees that if parents implement these ten factors that their children will do well in school. Each child has his own will and personality that will influence how successful he will be in school. But research and experience indicate that parents hold the key to how successful their children will be in school. The decisions parents make will, however, have a strong influence on their children’s academic success. Teachers, while providing the best educational experiences possible for the children entrusted to them, should also pray and offer encouragement to the families that partner with them in Christian education.