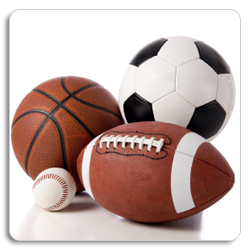 Many Christian high schools support competitive sports for various reasons. They want to “build school spirit” or morale, maintain good public relations in the community, promote personal development, fitness and health among participants, and, of course, teach and reinforce important principles for life.

All of these reasons can be persuasive, but sometimes there are issues in athletics that make it difficult to achieve these goals—issues such as cost, balance of emphasis, and participant behavior. How can Christian schools prevent these problems in order to focus on achieving athletics ultimate purposes—building character and a good teamwork ethic?

Over the past few years, some interesting answers to this question have come from junior and senior students in a Coaching Practicum class at Bob Jones University. Most of these students were majoring in Health, Fitness, and Recreation or were pursuing a minor in Coaching. Since they had recently participated in interscholastic sports, they drew from recent experience and personal observation to address the topics of “The Pros and Cons of Athletics” and “The Greatest Potential Problem Areas of Athletics.”

All of the students involved in the practicum class agreed that participation in competitive sports has many benefits. While they supported competitive athletics and the opportunities such programs can provide, the students mentioned some factors that they believe often hinder the true goals of sports.

The first of these three factors involves cost. Interestingly, it may not primarily concern finances. Of course, many financial needs are involved in athletic competition. Facilities, supplies, and equipment require funds. But often, it is the required cost of time and effort that adversely affect participants’ academic, family, and church responsibilities. Is quality in athletics an important consideration? Yes—but not at the cost of foregoing other, equally important experiences, activities and life lessons.

Some students in the BJU practicum class also voiced concern that parents with seemingly good intentions often overemphasize success. These parents “push” their children so forcefully that they spoil the fun of competition and sometimes pay an even higher cost: participant burnout.

The second major hindrance is balance. This concern somewhat overlaps the first but focuses more on the Christian high school’s overemphasis on competitive sports as indicated by length of practices, length of seasons (number of games), recognition of participants, and so forth. Overemphasis becomes obvious when practices last 2.5 to 3 hours or are scheduled for nearly every day without a game (Sundays excluded). A coach may also indicate an imbalanced perspective if overemphasizing the role of “star athletes” on a team.

Balancing the importance of winning can also prove difficult in athletics. Typically, competitive sports overemphasize winning, but some students also discussed instances of minimal emphasis or near disregard for “success on the scoreboard.”  Either extreme can indicate misplaced priorities. Recognition of noteworthy teamwork progress or accomplishments—not just in the area of wins—indicates balance in the program.

The third factor hindering proper goals in competitive sports is the behavior of participants, coaches, and parents alike. While players sometimes behave poorly in highly stressful, competitive moments, coaches and parents often encourage improper actions or attitudes by reacting wrongly themselves. The desire for a team or player to excel is no excuse for leaders to lose self-control. Any improper behavior, whether it comes from player, coach, or parent, must be dealt with quickly.

Competitive athletics have tremendous potential for building character and morale, encouraging fitness, reaching the community, and teaching students the importance of teamwork. However, to achieve these goals the leaders of a Christian school’s competitive sports program must maintain a proper focus and address sensitive issues immediately and often. High-quality leadership—coaches, athletic directors, and administrators—will help keep the program focused on the proper goal of developing good character in participants. And a biblical philosophy, right priorities, dedicated personnel, and a careful plan can turn potential problems into true success.

Don C. Ward graduated from BJU in 1974 with a B.S. in Education (Health and Physical Education major). From 1974 to 1996 he served at Christian schools in three states—Florida, Illinois, and Georgia—in roles ranging from physical education teacher to coach to supervisor. He has coached soccer, basketball, baseball, track, and football, with some championship success. In 1996 he returned to BJU to become the Chairman of the Division of Physical Education and Exercise Science. He is a certified High School Official in soccer and basketball.